Lots of things are happening behind the scenes in my writing world, which is why I’ve been scarce lately and haven’t been chattering on about all the exciting things happening in the world of physics, such as the solar flare that may/may not be cause for concern, or the fact that in just TWO MONTHS you can start submitting your application to be one of the original Mars colonists, or the fact that Google just BOUGHT A QUANTUM COMPUTER and forgive me for shouting but I think my head just exploded.

As you may know, since January of 2012 I’ve been working on a book manuscript of my Grandma’s story. It’s been a long, hard road. I’ve had to squeeze book work into the few hours a week my littlest is at preschool, plus evenings and weekends at the library (plus one trip to my favorite monastery.) Since I’m writing about events that happened a century ago and I’m bullish about factual accuracy, the project requires a ton of research.

To cut to the chase – a few weeks ago, I signed with Janet Grant, the president of Books & Such Literary Agency. Because of Grandma’s age, Janet wants the book to come out as quickly as possible. Since I am a fairly new writer and this is a massive project, we decided that I should work with an experienced collaborator.

Janet suggested someone she’s worked with, a bestselling author who’s published 13 novels and 3 nonfiction books in 5 different languages. For most sane people, such credentials would more than suffice.

I think we can all agree that I am not most sane people. 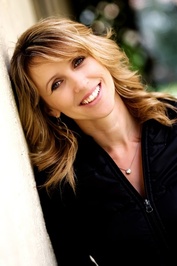 My writing standards far exceed my own abilities. So I hedged and balked and fussed about writing quality and probably came close to getting fired by my brand new agent by reason of massive unreasonability, but then I had a great phone conversation with the writer in question. And then she sent me an unpublished short story that blew my socks off and sealed the deal.

The woman’s got serious writing chops.

So I’m pleased to announce that I’ll be writing this book with the lovely and talented Cindy Coloma. We’re getting along like a house on fire, as Janet knew we would (Lesson #1: Your experienced agent may know a thing or two). Cindy and I are meeting in California in a few weeks. Right now I am buried in a sea of paperwork, including a 272-page adoption file and stacks of interviews I’m transcribing, which means I’m happier’n a pig in slop.

By the way, the adoption file came to me (copied onto some of the most beautiful paper stock I’ve ever seen) from my cousin Brian Lee, whom I’m dying to meet in person. You’ll meet him in the pages of the book – he’s the one who found Grandma on his mother’s behalf. He’s one of those cool people who has a mile-long resume, because he spent his twenties going to West Point and amassing degrees and learning how to build really cool sh*t, whereas during my twenties I was busy dining out and going to Six Flags and watching The Real World.

Brian has provided such fantastic support and/or pushing during the last year. (He’s also provided me with a couple of sleepless nights, because he is a Lieutenant Colonel and I’m not used to the pressures of Army life.)

Anyway. This journey is not about me, in any sense. Having this story “fall into my lap” is a gift that any writer would be lucky to have. 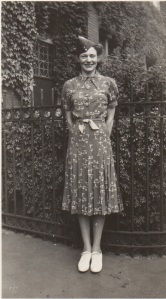 Madeleine L’Engle once wrote, “Reading about the response of people in stories, plays, poems, helps us to respond more courageously and openly at our own moments of turning.”

As I’ve worked on this manuscript during the last year, spending long hours alone at the library, wrestling sentences to the ground one by ornery one, there were plenty of times when I doubted myself. But there has honestly not been a single second when I doubted the beauty and power of Grandma’s story, or the fact that it needs to be told.

I pray that Cindy and I can do it justice. I’ll keep you guys posted. Thanks so much for your support.