The newspaper headline caught my eye last Thursday, because it sounded like the set-up to a late-night comedy sketch: “Monks brawl with brooms in Bethlehem.”

This has to be a joke, I thought. Just one year ago, I spent a couple of days with a group of monks, on a sort of silent retreat to a monastery deep in Oregon’s wine country. My monks were all beatific smiles and soft voices and gentle movements. Almost from the moment I set foot on their property, I felt all my worries being swept away in a flood of serenity.

Monks don’t go on rampages, I thought. Curious, I read on.

The story was no joke.

Today I am guest-posting for one of my favorite bloggers, the great Karen Spears Zacharias. I hope you’ll join us there for the rest of the story...

END_OF_DOCUMENT_TOKEN_TO_BE_REPLACED

On a mid-summer evening in 1967, a healthy, active 17-year-old girl named Joni dove off a cliff into too-shallow waters, instantly breaking her neck. She survived, but she would never again move her legs, or her hands. She would never bear children. She would spend her life in a wheelchair, dependent on others to fix her food, and dress her, and change her colostomy bag.

For the rest of her life.

At first, Joni struggled and raged. She was suicidal. And then, slowly, she found acceptance. She began writing, and recording music, and drawing paintings, using pens held in her mouth. She became an inspirational speaker, and started a foundation for disabled people that she runs, to this day.

Most importantly, Joni found joy, and during the last forty years she has shared that joy with millions of people around the world. She insists that God is good, that life is good, no matter what. She says, “There are only two joys. One is having God answer all your prayers; the other is not receiving the answer to all your prayers. I believe this because I have found that God knows my needs infinitely better than I know them.”

I thought of Joni’s longsuffering recently while reading about another young woman who was struck down, this one by a strange, terminal disease that coiled throughout her body, causing her constant, intense pain. Sometimes the pain made her curl up and cry out when she was in the middle of conversations. For the last three years this woman, Sara Frankl, was confined to the four walls of her apartment, reaching out to others through a blog she kept.

Sometimes Sara could scarcely breathe. Sometimes she could hardly walk. But she radiated peace, and she shared joy with everyone she came in contact with.

She said, “I choose the joy. When something is going badly and I’m dwelling on it, I think instead of something for which I am grateful. I swear to you, it’s as simple as that. You just have to decide today, and again tomorrow. And before you know it, you’ll have an attitude of joy more than any other attitude you have at your disposal.”

Life slashes at everyone, sooner or later, as surely as the sunrise. But for most of us, times of great trouble are intersected by large swathes of ordinary life – times during which it’s all too easy to slide into dissatisfaction.

This is too hard.

I can’t believe he did that.

We slog through our days, feeling restless, burdened, impatient.

And then, occasionally, the road is illuminated, by one who is traveling the roughest patches of it. A fellow pilgrim stands in the midst of unspeakable circumstances, like a small candle glimmering in the middle of a hurricane, and speaks words of sweetness and life.

And I can’t imagine living with pervasive, unremitting pain. Pain that drives spikes through your wrists, and nails you to itself. Pain that has no end point and will accept no walking papers.

Sara and Joni. Two pilgrims enclosed in two very different prisons. One of whom could not set foot outside her apartment and one of whom can not set foot anywhere, at all. Two broken bodies encasing spirits that shine steadily in the darkest storm, casting beautiful light for the rest of us.

We who are so blessed.

We who can be so blind to our blessings. 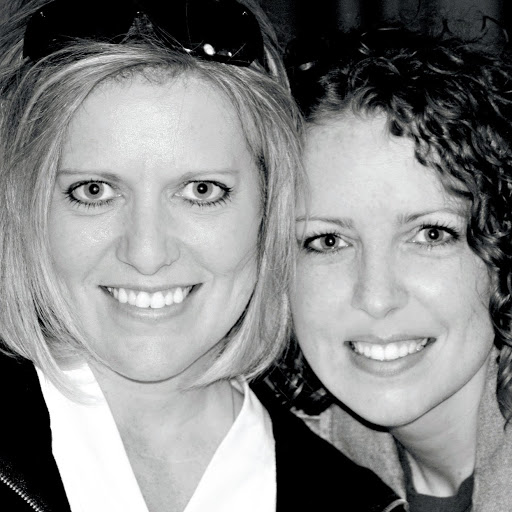 A couple of weeks ago, the on-line world learned that Sara was dying. And certain corners of the blogosphere were suddenly filled with Sara’s words, her story. Reams of virtual paper were devoted to her odyssey, as famous friends paid tribute to her and hundreds of readers, learning of her for the first time, were stunned by her transcendent message.

Sara passed through to Heaven on September 24, at thirty-eight years old. She may have ended this life as a housebound invalid, un-rich, un-glamorous. But her light shone brighter and brighter as the end neared, spreading until it could have filled a stadium, until this world could not even contain it – and on and on she went.

Google Sara Frankl, and see how many results you get. By the end, she was no longer a candle – she was a comet. And in her story, through her words and through her shining spirit, she left behind enough light for us all.

It is no secret, to my faithful readers, that I love learning, and information. Perhaps a little more than is strictly appropriate.

Actually, “love” might not quite be a strong enough word.

Nevertheless, there are many times, especially when the bad news of the world gets me down, when I crave something much deeper than information. I want Truth – that elusive thing that is at once delicate and as strong as steel.

This post was originally published on All The Church Ladies, a website which has closed. I am in the process of moving all my ATCL posts back over here.

I remember so vividly the moment I first realized that my worth as a human being had nothing to do with my performance as one. It was a moment that changed everything.

Growing up in a volatile religious household, I’d been taught that a person was only as good as their next “A,” their next blue ribbon, their next superb performance. Achievement and behavior were given the highest priority in our world. So I excelled at school, and in sports (as much as my non-Olympic body let me), and in music, and I was the most obedient child you’ve ever seen.

But it was still never good enough, as I heard repeatedly, relentlessly. Not by a country mile. So at 18 I got married, and moved across the country, and promptly went to pieces.

After spending a couple of years in a suffocating black depression, during which I cried nearly every day (sometimes for hours), I emerged into a kind of spiritual no-man’s-land.

I’d believed in God all my life but had never felt connected to Him. My concept of God was (as Anne Lamott perfectly put it): “God as high school principal in a gray suit who never remembered your name but is always leafing unhappily through your files.”

Even prayer had become a chore for me, a mental battering of fists against a solid barricade. Finally, I couldn’t take it any more. You’ve given me no choice, God.  I thought. I’m going to run in the opposite direction.

By 1997, at just 26 years old, I’d reached the tattered end of my rope. I’d become so dead inside I never cried anymore, not even when I had reason to. My marriage was virtually over. “Running in the opposite direction” had worked – I’d screwed up so badly, I’d been asked to step down from my position as church pianist, the only activity for which I still felt any passion at all.

No longer caring what happened to me, I stopped wearing my seatbelt, a small act of listless defiance. Speeding along the Atlanta freeways at 90 miles an hour, I played a cosmic game of chicken with God. Take me, don’t take me, I thought. It doesn’t matter.

One evening at home, I walked into our spare bedroom looking for some papers I needed. Rifling through boxes, I came across a book I’d been given years earlier during counseling sessions – a book I’d never bothered to read. It was titled The Search for Significance, by Robert McGee.

Sitting on the beige carpet in that cluttered room, I opened the book up and started to read. And when I got to Chapter 6, all Heaven broke loose.

“I have great worth” (I read) “apart from my performance, because Christ gave his life for me, and imparted great value to me.”

Say what? I read it again. I have great worth apart from my performance…

Completely stunned, I read that sentence at least a dozen times. Tears started to pool in my eyes, then spill down my cheeks. Eventually, I moved on to the next sentence.

“I am deeply loved, fully pleasing, totally forgiven, accepted and complete in Christ.”

Deeply loved? Fully pleasing? I had never heard such a thing. I read the words over and over – I would have scraped them off the page and eaten them, if I could have. They shook me to my core.

Before long I was curled up on the floor, sobbing. I lay there for a long time, holding the book sideways on the carpet, next to my face, so I could re-read those mind-bending, heart-mending words whenever the tears eased up. This wasn’t Grace soft and demure – this was Grace as a tidal wave, Grace that bellowed, Grace that smashed through the ugly lies that had paralyzed me, the lies that said that I was worthless. Not good enough. Unloved.

Over the next few months, I repeated those two sentences to myself hundreds of times, until the message was chiseled into my heart: My fundamental worth had absolutely nothing to do with my behavior, and everything to do with a beautiful God nailed to a rugged beam over two thousand years ago.

With his death, Christ had absorbed every worthless thing about me, and from his ruin, I’d gathered the only descriptions of myself I had ever needed, would ever need.

I do not just believe this to be true – I know it. I would die for it. It is the revelation that has let me finally, truly live.

This post was originally published for my friend, the fabulous fellow writer/blogger/runner/pianist/Mommy/Christian Alise Wright. You can find it by clicking here!